The first film in the series was originally released on May 25, 1977, under the title Star Wars, by 20th Century Fox, and became a worldwide pop culture phenomenon, followed by two sequels, released at three-year intervals. Sixteen years after the release of the trilogy’s final film, the first in a new prequel trilogy of films was released. The three prequel films were also released at three-year intervals, with the final film of the trilogy released on May 19, 2005. In October 2012, The Walt Disney Company acquired Lucasfilm for $4.05 billion and announced that it would produce three new films, with the first film, Star Wars Episode VII, planned for release in 2015.

We have a wide range of Star Wars Movie Posters and Artwork on canvas. Order your Star Wars Canvas print from our store – all canvases are printed using Epson 11 colour HDR Inks and are 75 years fade resistant with a vibrant depth of colours only achievable by such a high standard print process. Canvases come in a wide range of sizes so you can just select your image and then the size you require. Canvases supplied ready stretched on a secure wooden frame and ready to hang on your wall. All with Free UK Courier Delivery 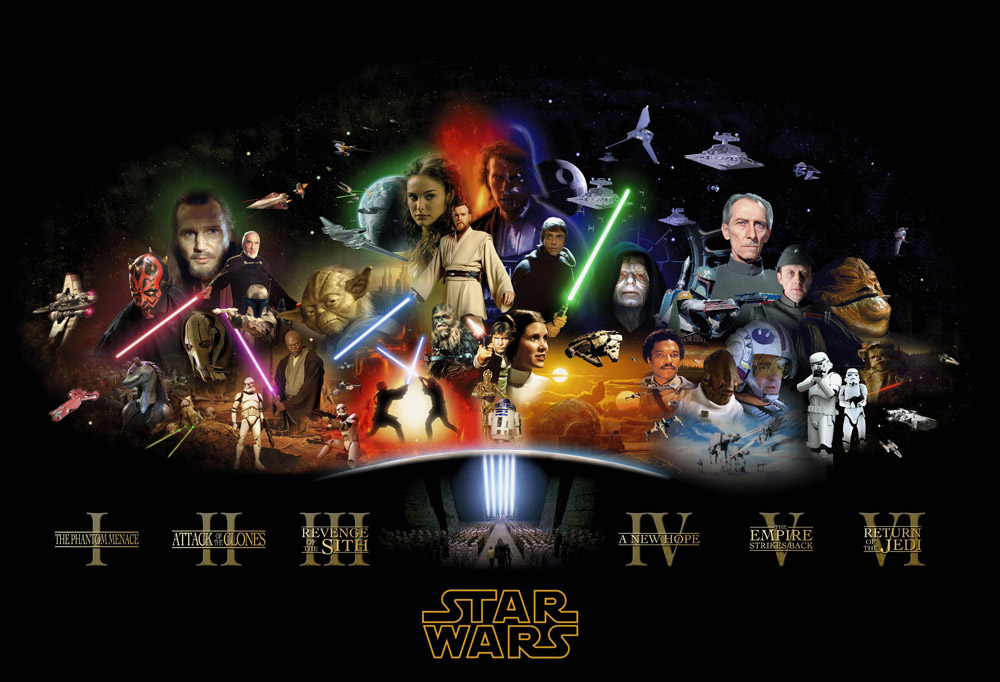